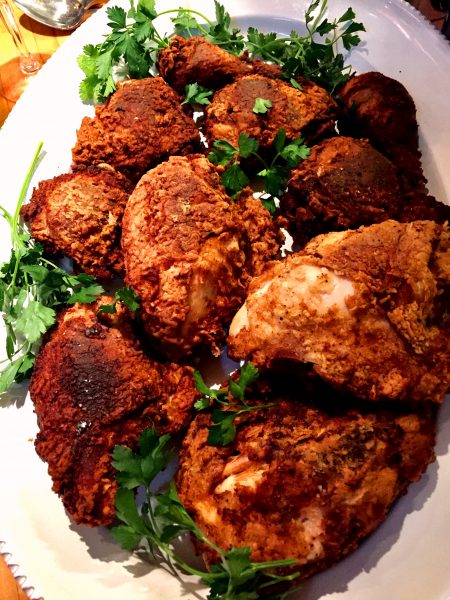 From American Home Cooking. Click to find this and Cheryl’s complete collection of Exciting Cookbooks

Fried chicken rules the roost when it comes to American chicken specialties. Nothing is more popular, even in an age that is afraid of frying, and nothing is tastier when it is fried well. Mary Randolph provided the first recipe in The Virginia Housewife (1824), but as she knew, it worked well only with tender young chickens, which few people could afford to sacrifice from their egg-producing responsibilities. Fried chicken began its ascent into national prominence in the late nineteenth century, after the introduction of the range improved the control of frying temperatures, and gained icon status a few decades later when commercial chicken raised for meat became cheaper and more plentiful. As Laurie Colwin says about her recipe in Home Cooking(1988), everyone knows there is only one right way to fry chicken, but they happen to be wrong in thinking that it’s their way. This is our approach, honed over many years of making and munching. 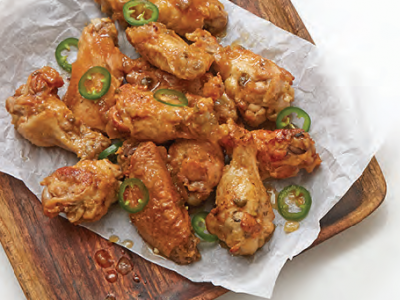 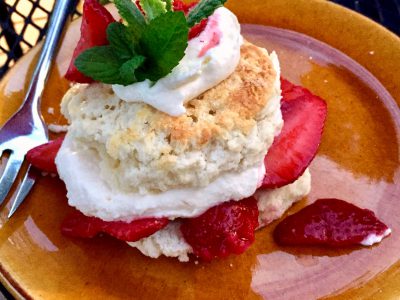